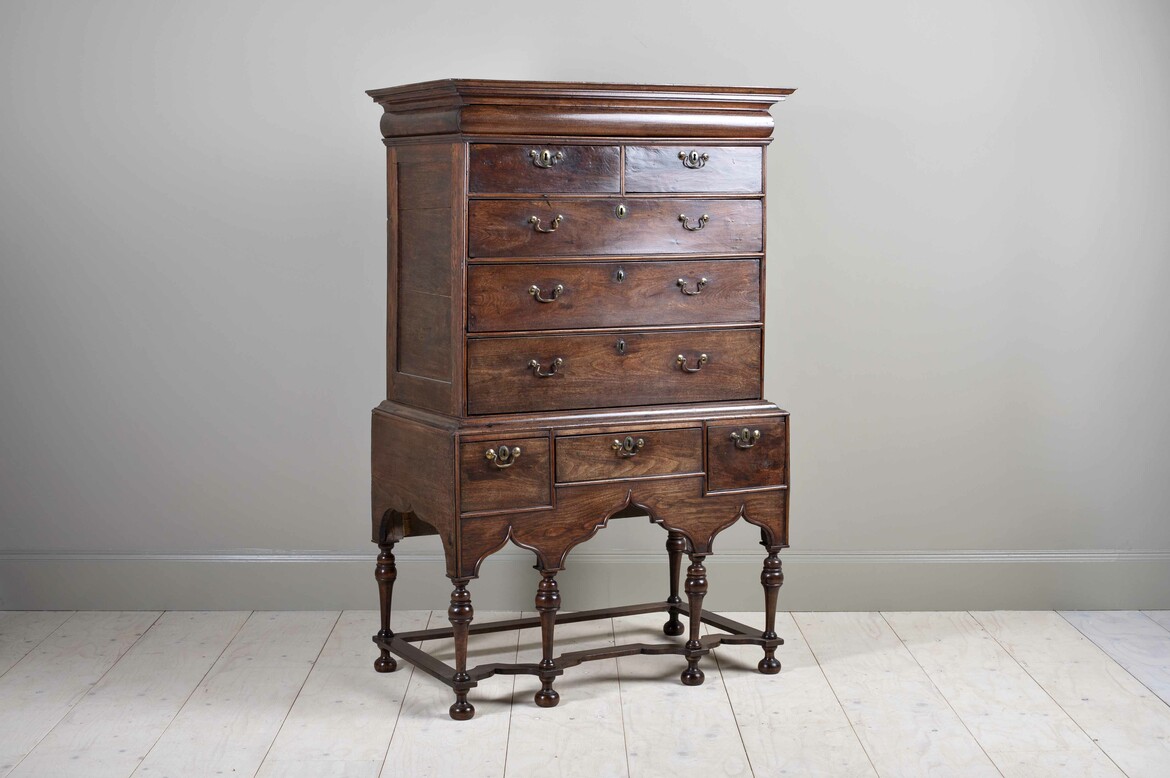 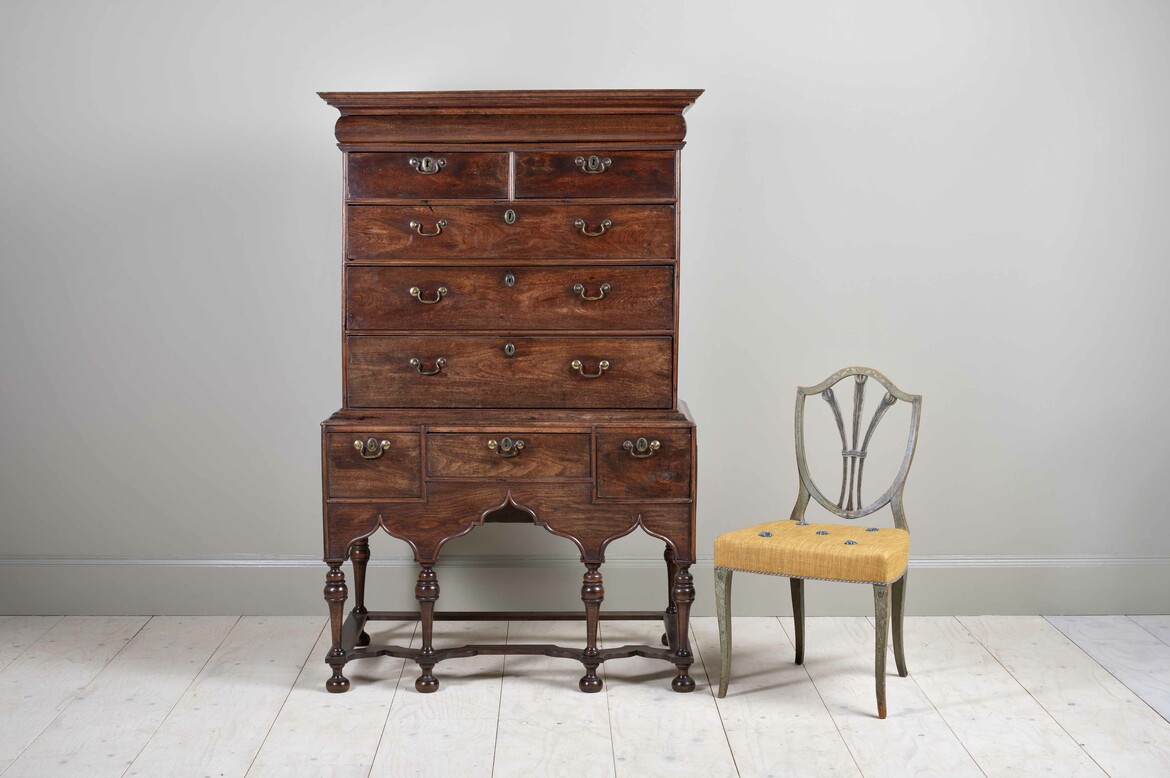 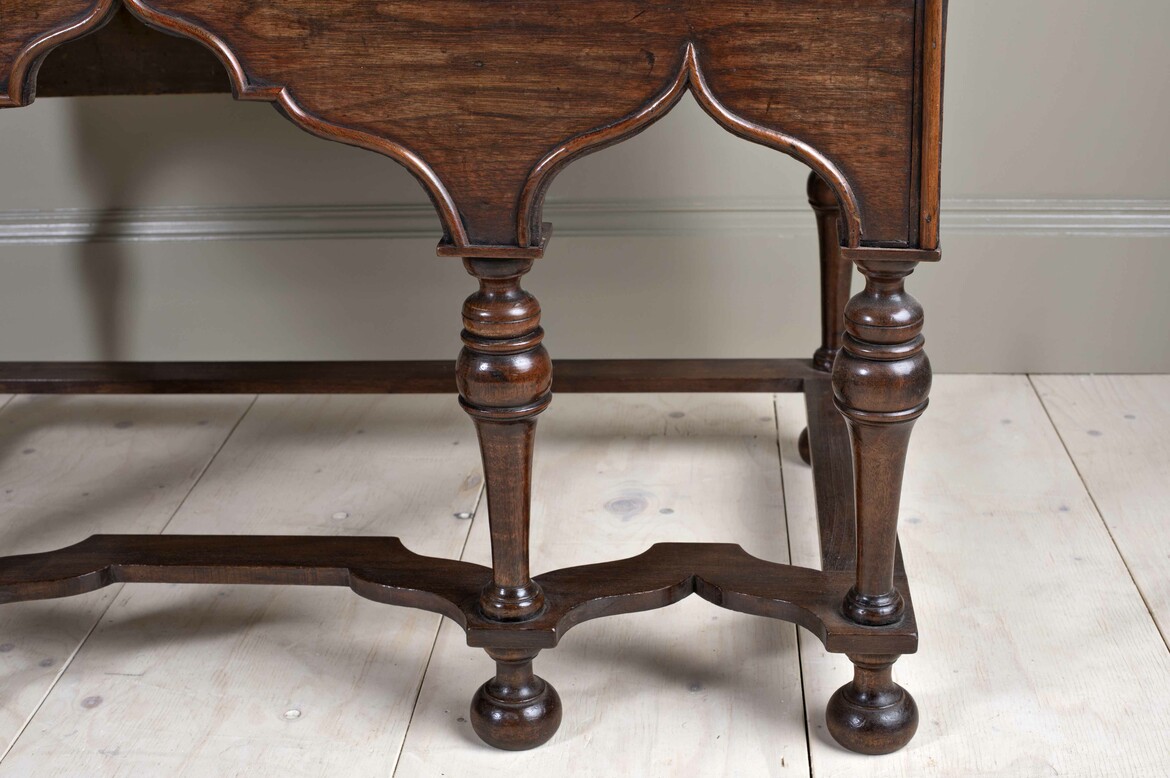 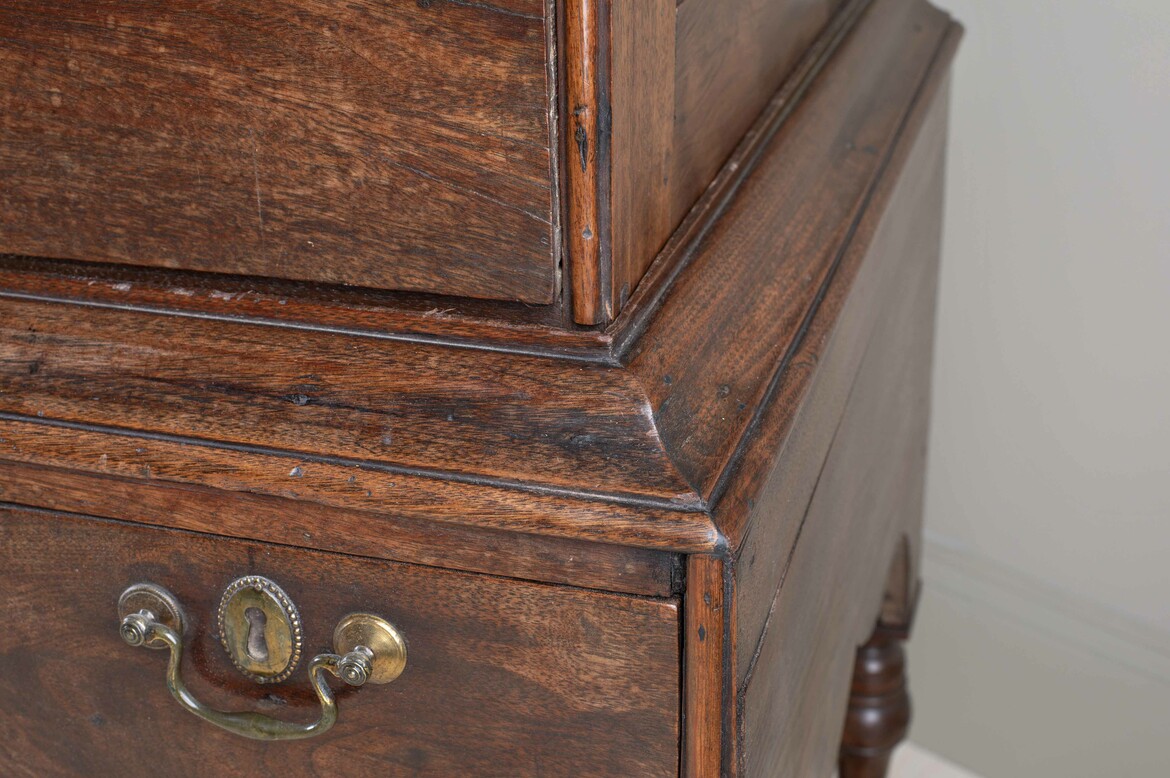 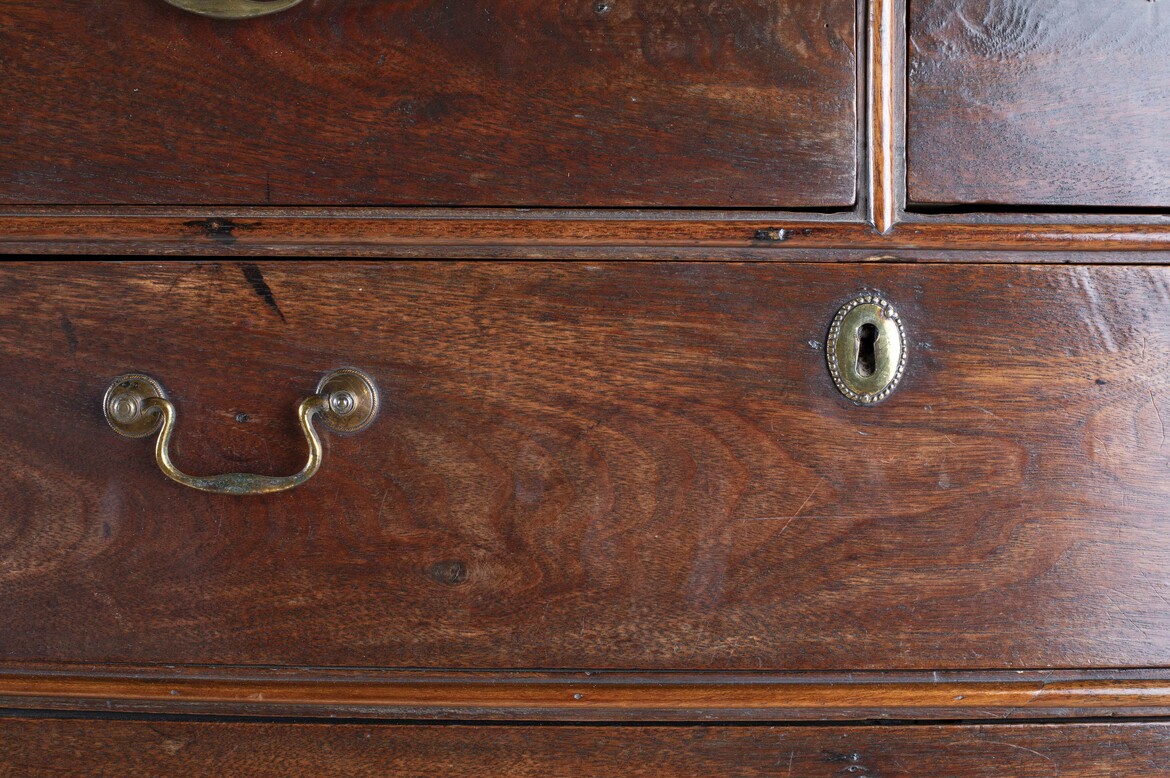 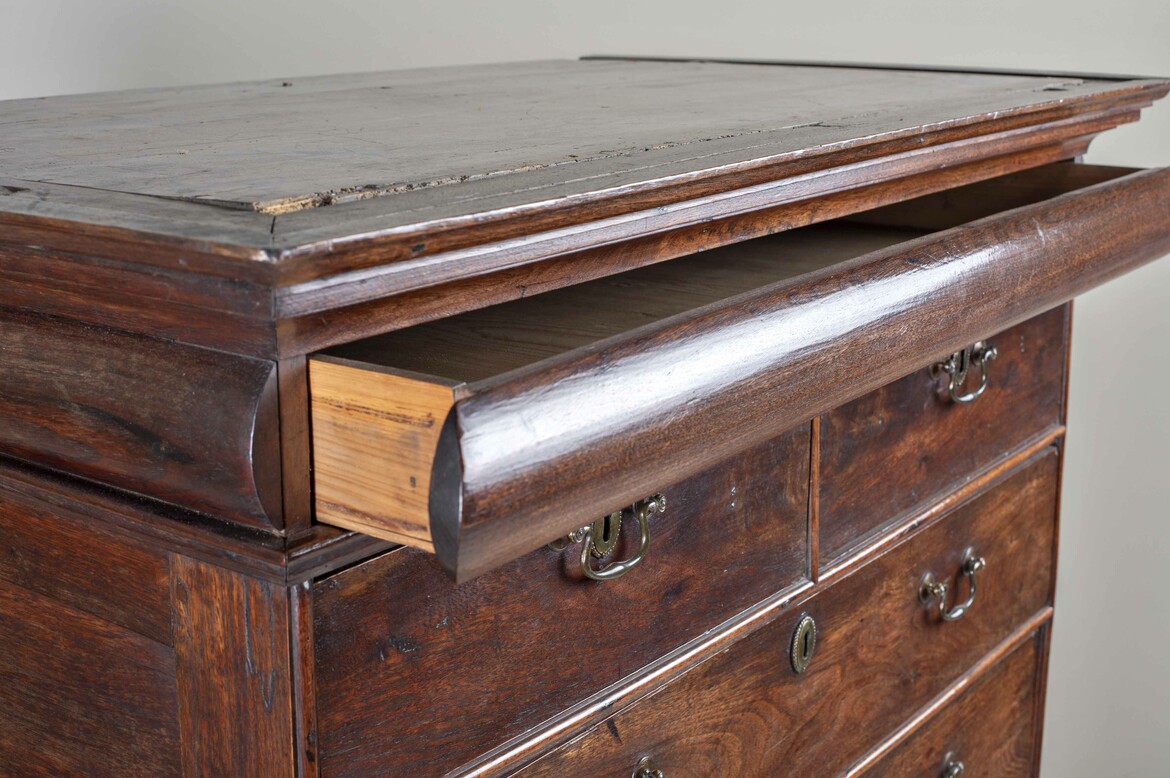 American Walnut Chest on Stand, circa 1715

An early-eighteenth century chest on stand in American walnut. The cornice incorporating a cushion-moulded drawer. The drawers with brass swan-necked handles that date from around 1760. Standing on its original turned legs; the stretcher and feet replaced in antiquity.

It was almost certainly made in either Rhode Island or northern Connecticut between 1710 and 1730. This is inferred by it being made from American walnut, which was not imported to Britain until 1716 â and thence was strictly for use by the navy. The design is typical of late-seventeenth century chests in England, however, it would have continued to be made in the colonies for several decades into the eighteenth century.