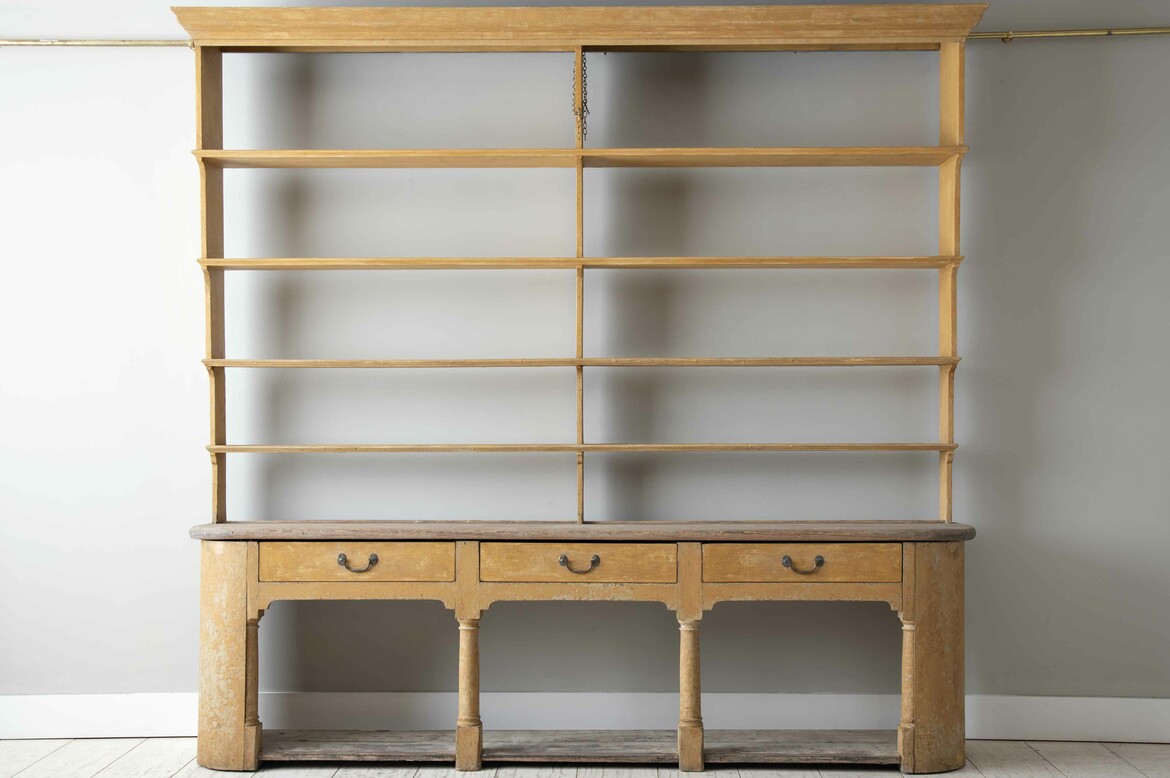 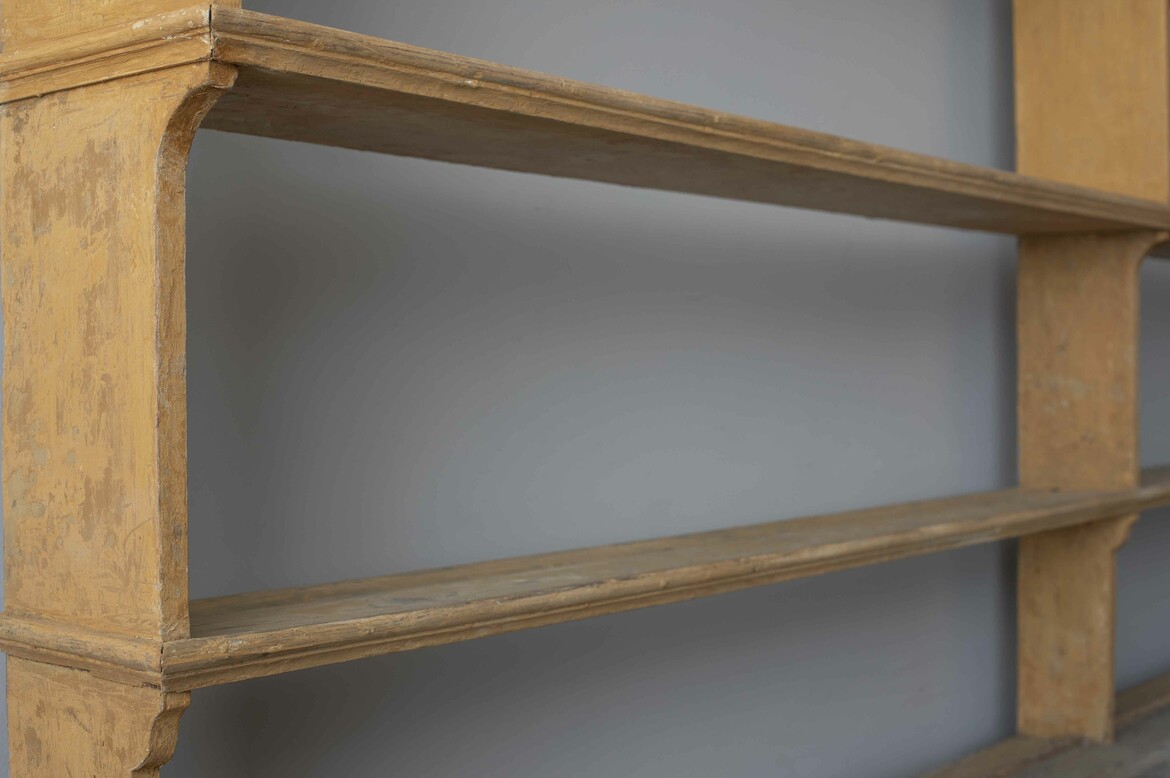 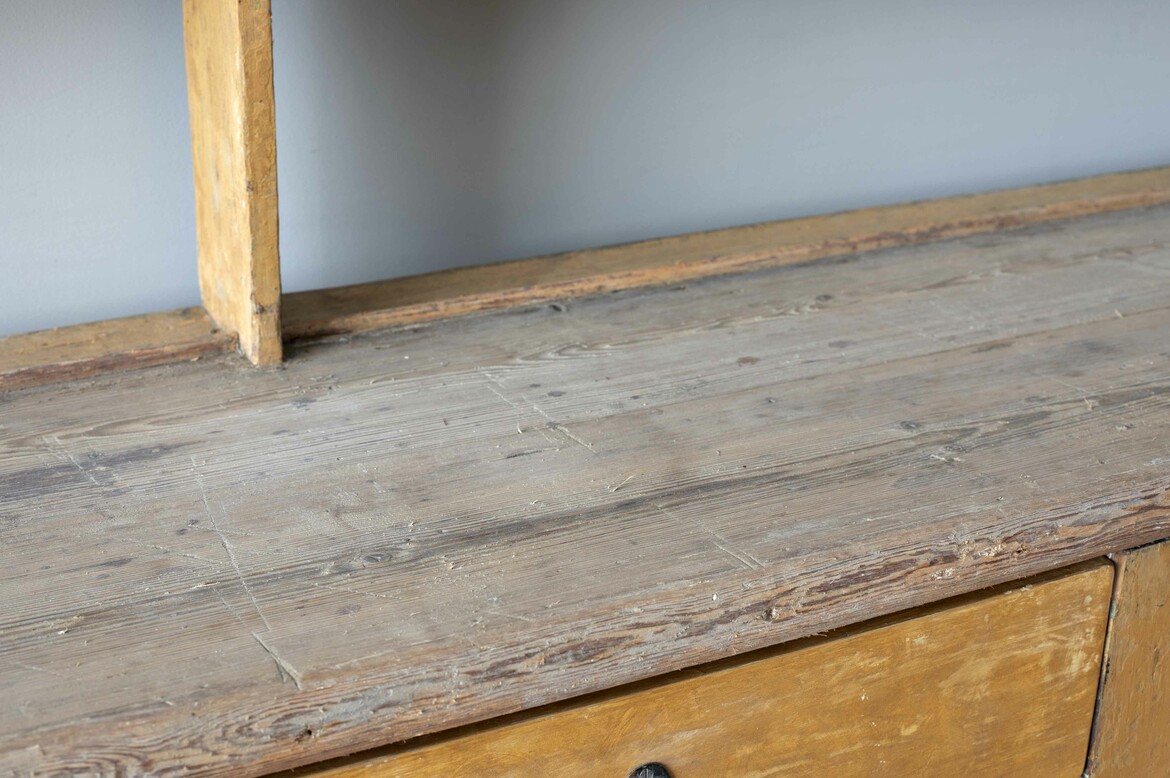 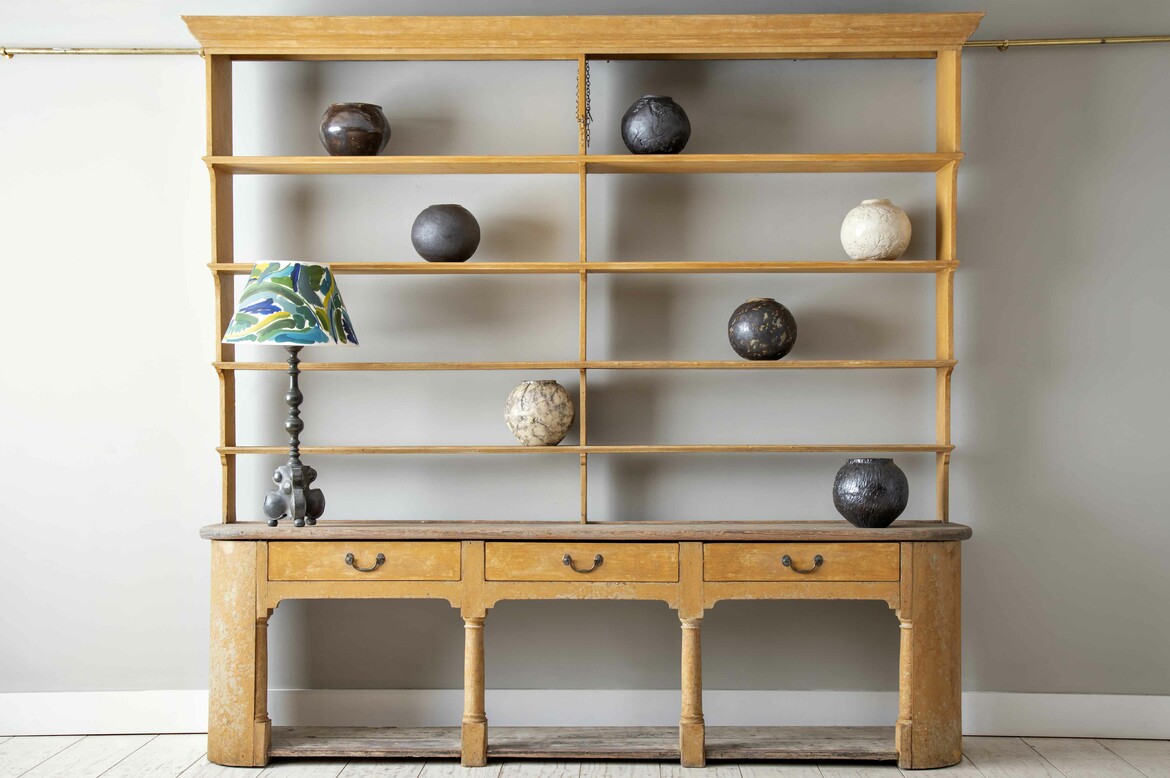 Traditionally built within the grand kitchen basements of the Georgian townhouses of Bath. Distinguishing features include the 'barrel' ends and the columns that support a bank of three drawers. This example retaining a lot of its original eighteenth-century paintwork. The counter scrubbed (this is how it would've been traditionally treated). A wonderful over-scale example. I've only ever had one before, which I bought in 1997!