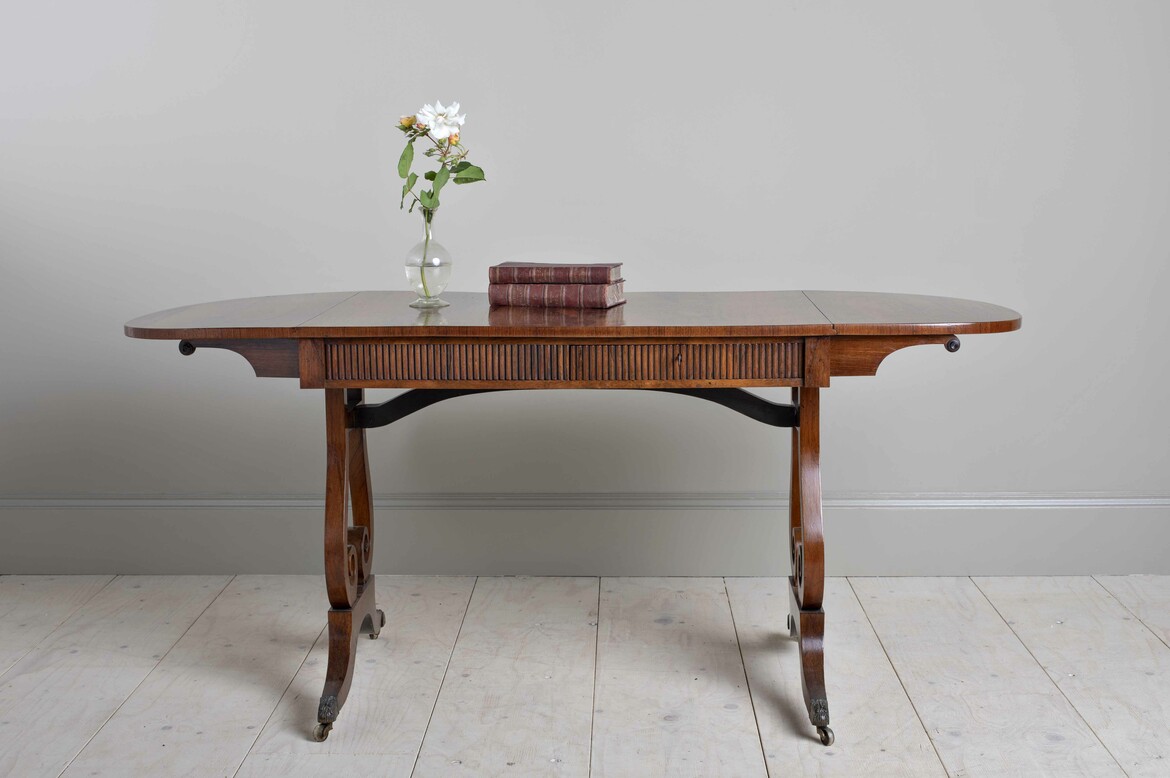 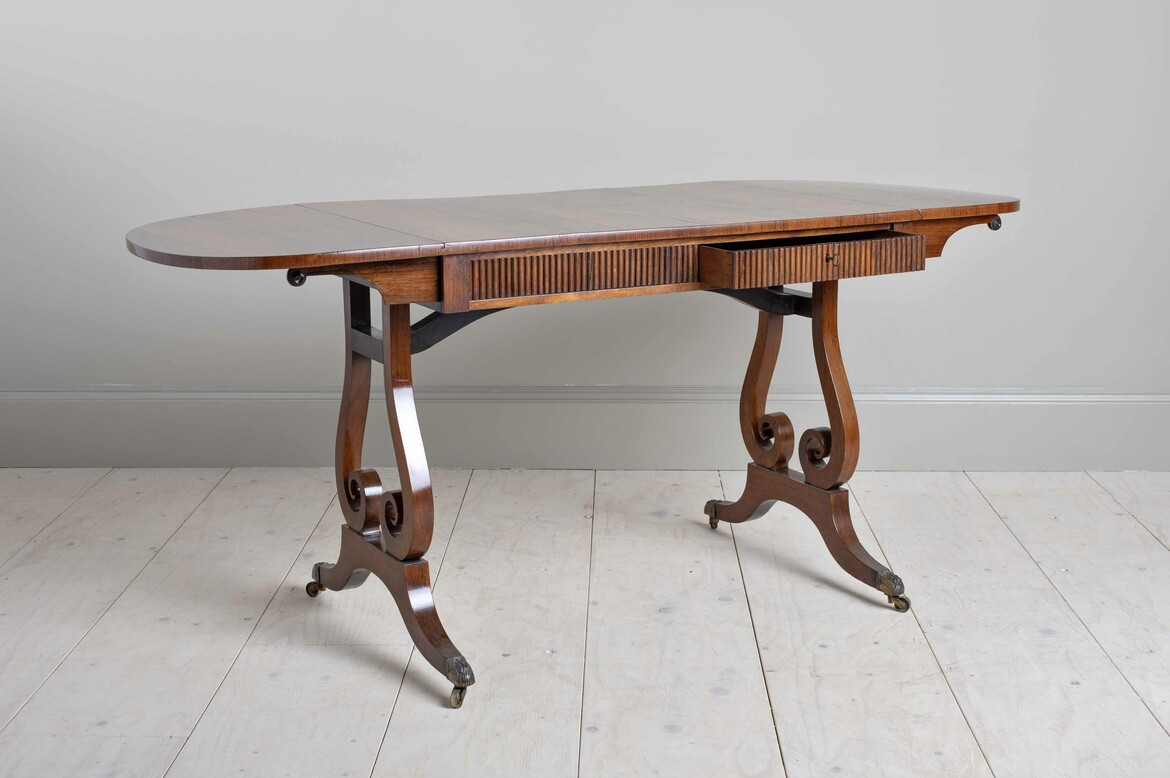 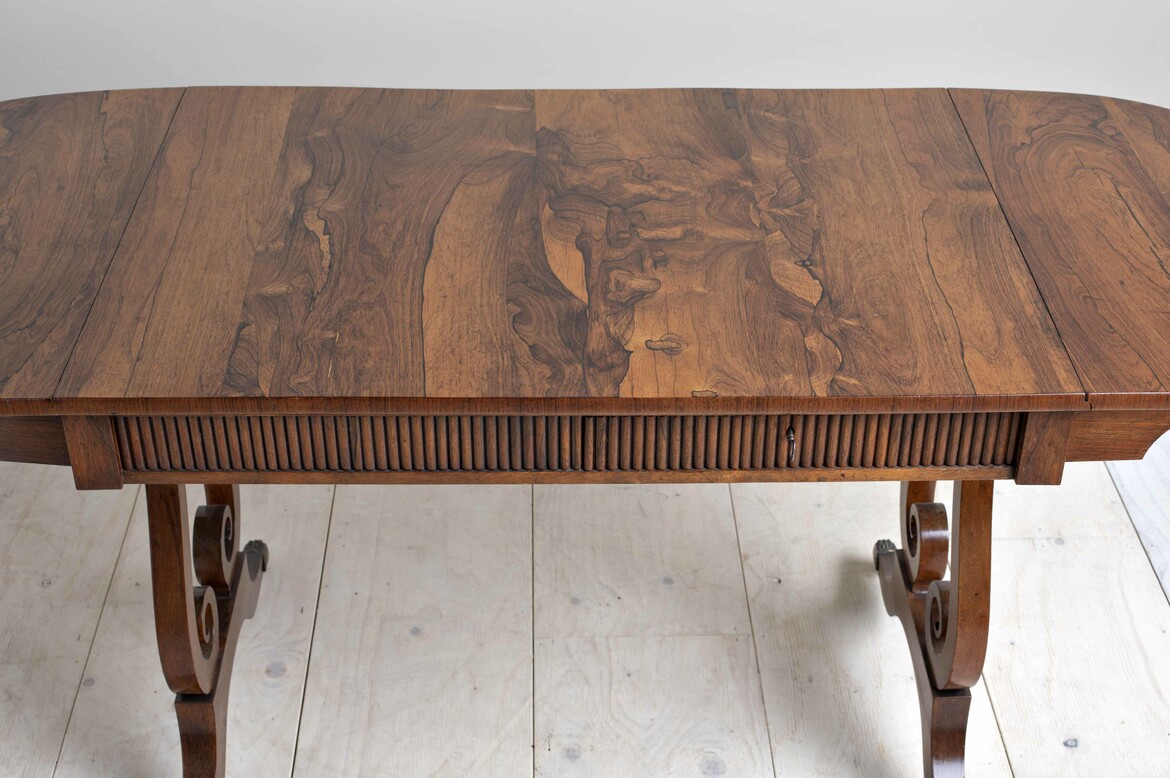 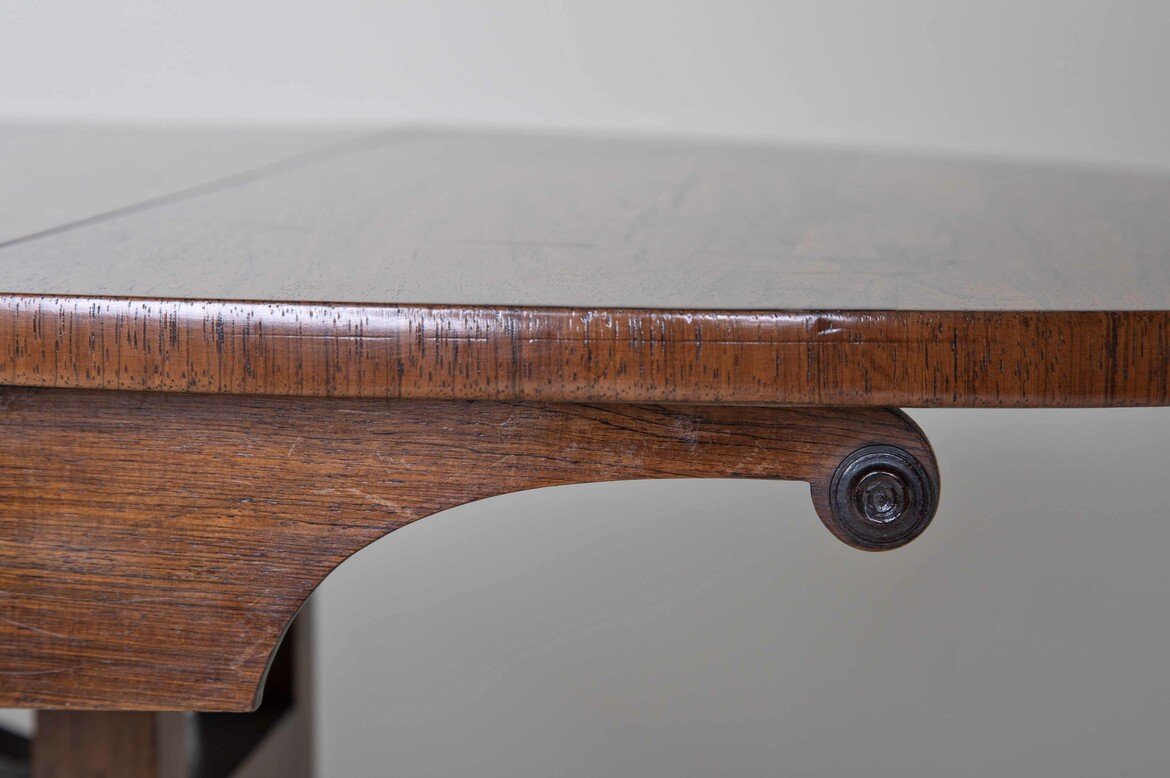 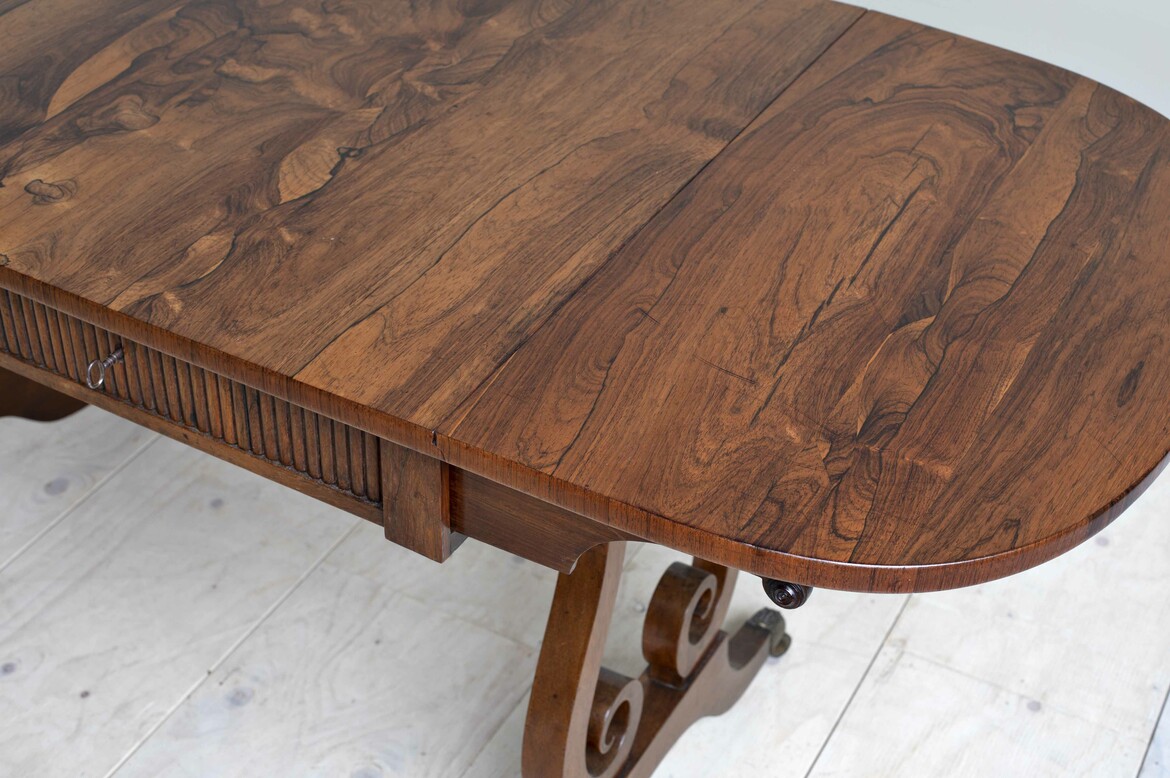 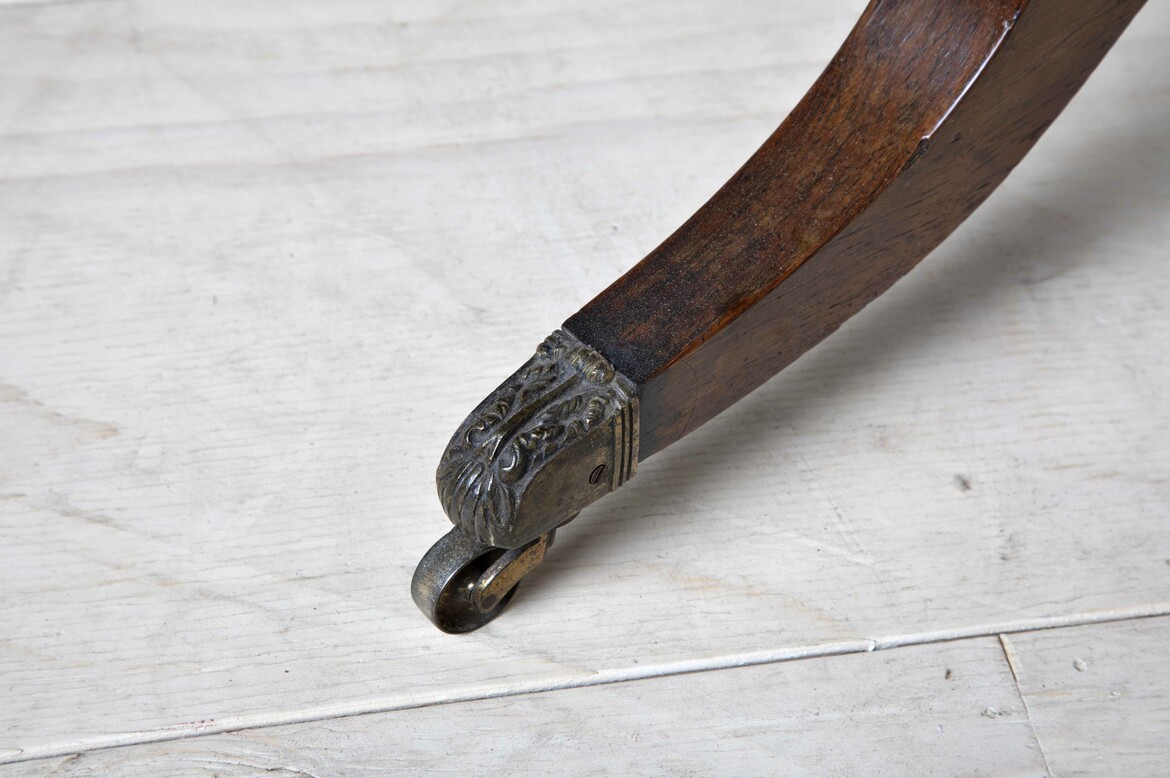 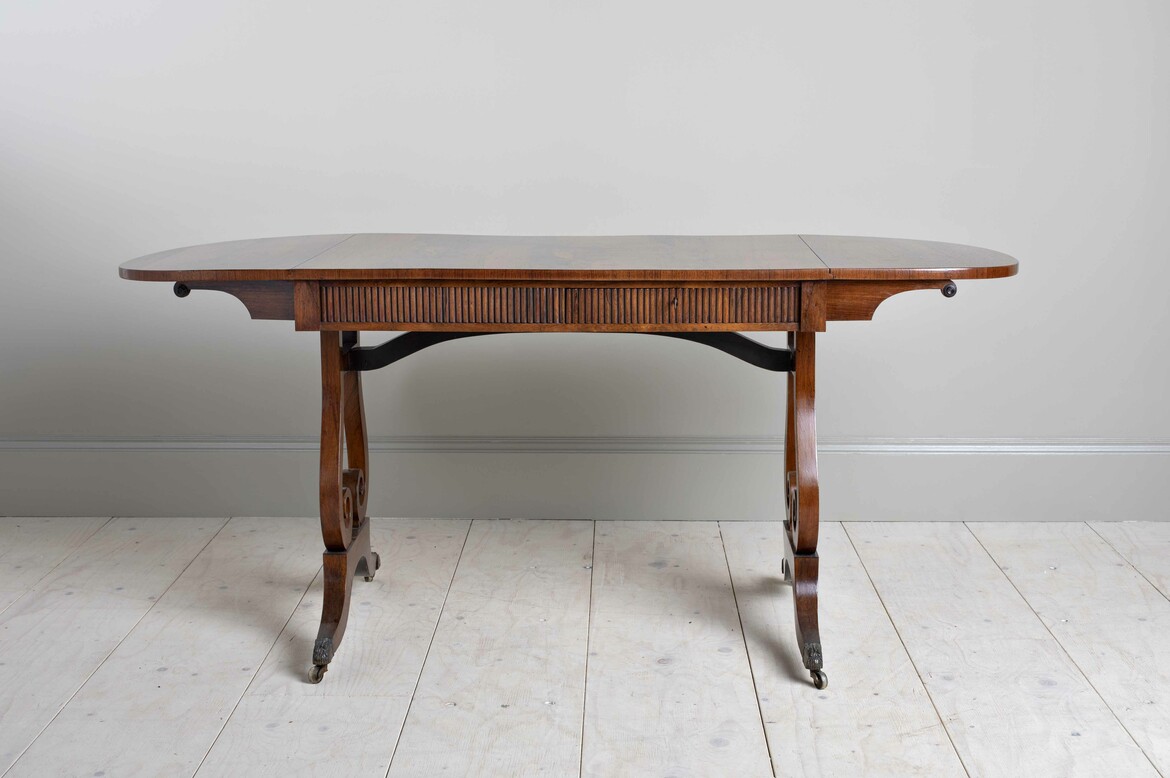 This would have been one of the finest pieces made by William Trotter of Ballindean JP DL (1772–1833), a highly respected maker of Regency furniture whose distinctive style is typified in the reeded frieze, which conceals the drawers, and the bold lyre-end supports. Trotter had access to the highest quality rosewood, which he used here to great effect. His designs fitted in perfectly with the architecture of the new Edinburgh, so called the 'Athen of the north'. Indeed, he has been called Scotland's greatest cabinetmaker.